Today June 12 2016 we Filipinos celebrate our Independence Day and Facebook took the initiative to greet its Filipino users, Thank you Facebook however I’m sure that this was a mistake since our Philippine Flag was mistakenly inverted, surely we are not at war therefore hopefully before the day ends they will change the Philippine Flag to its correct position.

Philippines is one of the few nation that does not utilize a separate war flag instead during war times the Philippine national flag itself  is use, to indicate a sign of war the red portion of the Philippine Flag is in the upright position as shown below by Facebook. Again surely this was a mistake by Facebook. 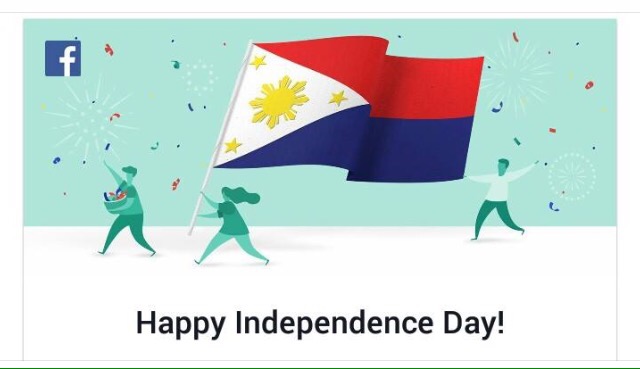 Google also greets the Filipino user as its homepage was change, currently its showing the Philippine Jeepney.

Philippine Jeepneys or jeep is one of the most popular mode of transportation in the Philippines. Thanks Google.

Happy Philippine Independence Day to all