A new #Gunpla for this month,

So last month, after watching several videos in youtube about #Gunpla I’ve finally decided to start a new hobby.

I told my self that I need to keep my self busy, aside from watching Netflix series, playing World of Warships and Star Wars The Old Republic. Building #Gunpla is a new hobby that I’m beginning to enjoy.

For this month I was able to get my hands on RMS-179 GMII E.F.S.F. MASS-PRODUCED MOBILE SUIT [HG]

As I started unboxing it, I feel like a kid again.

The excitement of opening your new toy, except this time I have to spend my own money for my new toy.

Btw, Kudos to the seller, I order this from ToyTown via Lazada. The Package arrive in good condition, well pack.

After checking the runners and reading the instruction guide that came with it I started building it. 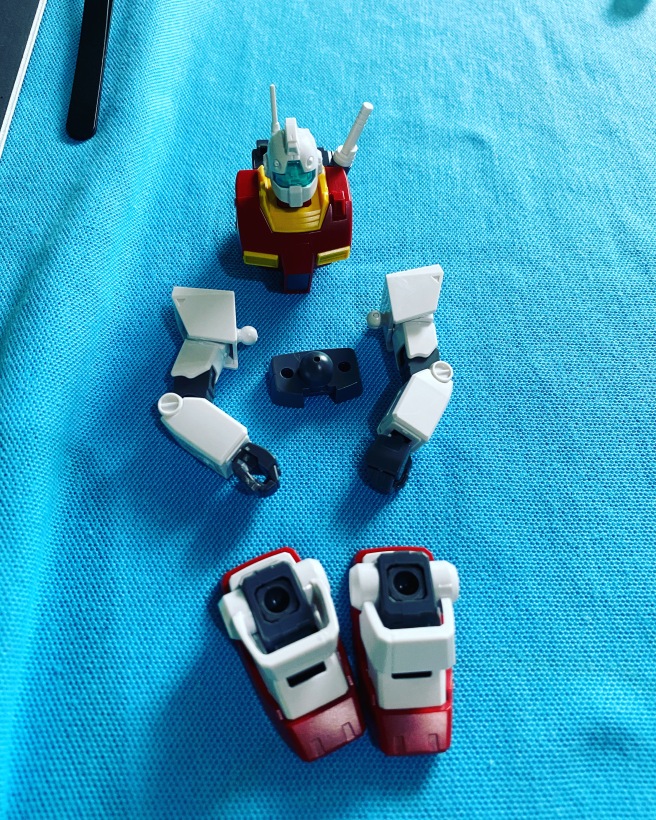 I have to admit, I’m still practicing my skills in terms of removing them from the runners. Need to start using sand paper to wipe clean the joints.

Also I have not tried putting in the stickers that came with it, nor even doing some lining. Still have not decided on putting the stickers.

Time for some photo-ops,

Lets put on the Saber and Shield,

Now lets try with the rifle, shield and saber,

Alright, until next month

Watch out for my next #Gunpla.